In 1949, the Pillsbury company started the “Grand National Recipe and Baking Contest,” commonly known as the Pillsbury Bake-Off.  The competition was started in honor of Pillsbury’s 80th anniversary, and was used to promote Pillsbury Flour.

In 1955, my grandmother, Sibyl (Croly) Hanchett submitted her recipe for Date Cashew Honeys, in the Cookies category.  Of all the recipes submitted that year, Sibyl’s was one of  the top 100 finalists. Sibyl went to the Waldorf-Astoria Hotel in New York City, where the live Bake-Off took place in December, 1955.  Her biography, as published in the “Biographical Sketches of the 100 Contestants in Pillsbury’s Seventh Grand National Baking Contest”1 was as follows:

SIBYL SCHNELLER – of Mill Valley, California is a widowed music teacher, who has one son, two daughters,  eleven grandchildren and four great grandchildren.  A second son was killed in World War II.  This active and modern great grandmother is a champion speller, having twice won spelling contests at the California State Fair.  She wore out a dictionary going through it page by page, and has written a novel.  Her many interests include music, bridge, scrabble, civic and club work. She directs the church choir, composes anthems, designs needlework and does petitpoint for display.  She is a member of the League of Women Voters, Music Teachers’ Association, Music Honor Sorority, Mental Health Child Guidance League and Mu Phi Epsilon.  She lives in a small, comfortable home2 and bakes frequently.  Her winning entry (pre- finals) is an original recipe for an unusual variety of COOKIES which she thought up one afternoon while driving home.  Mrs. Schneller says she learned to cook “the hard way”, explaining, “My mother-in-law was a celebrated cook and I had to be just as good as she was.”  Asked what she will do with the prize money if she wins, she says:  “I have everything I need and now is the time to do what I want.  I might make some improvements to my small house, help my children and save some for the future.”

At the Bake-Off, the ballrom of the Waldorf-Astoria was utilized and all of the contestants were provided with a workspace, stove, and the ingredients called for in their recipe. General Electric provided appliances for the Bake-Off contestants.  The photo below is from 1949, but it gives an idea as to what it must have been like in December, 1955, when Sibyl competed. 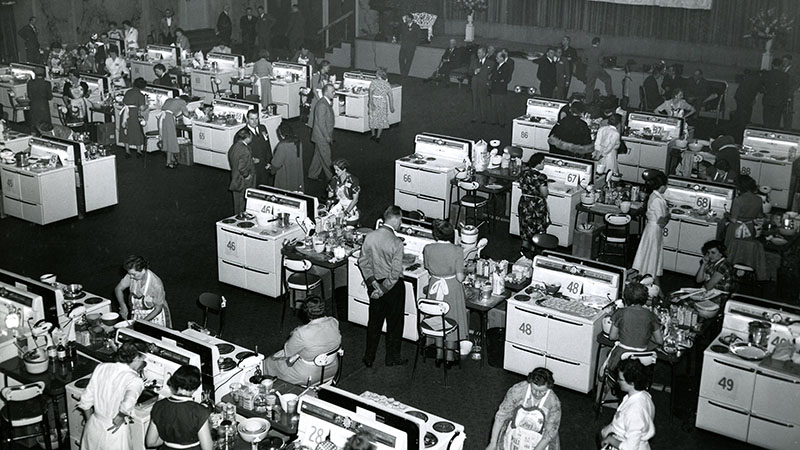 Sibyl didn’t win 1st, 2nd or 3rd place, but her recipe was included in the Annual cookbook for that year. 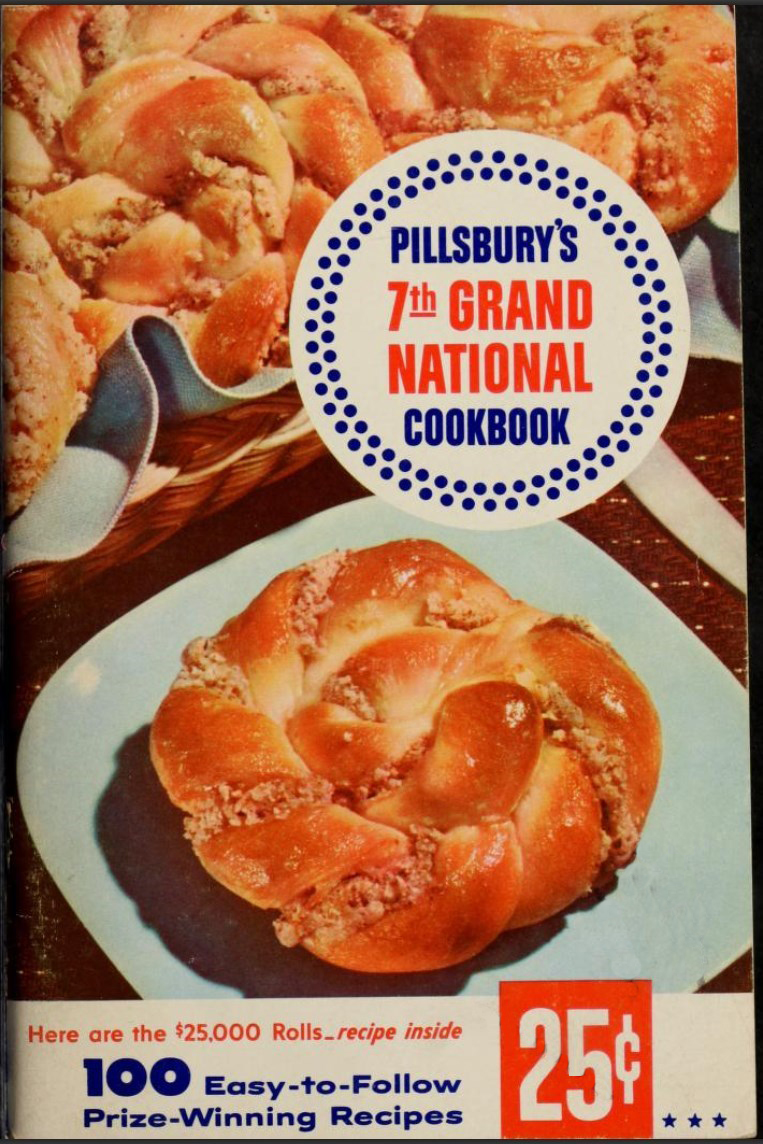 The introduction in the cookbook gives an idea of the amount of interest that was generated by the Pillsbury Bake-Off.  The winner won $25,000, a small fortune in those days! 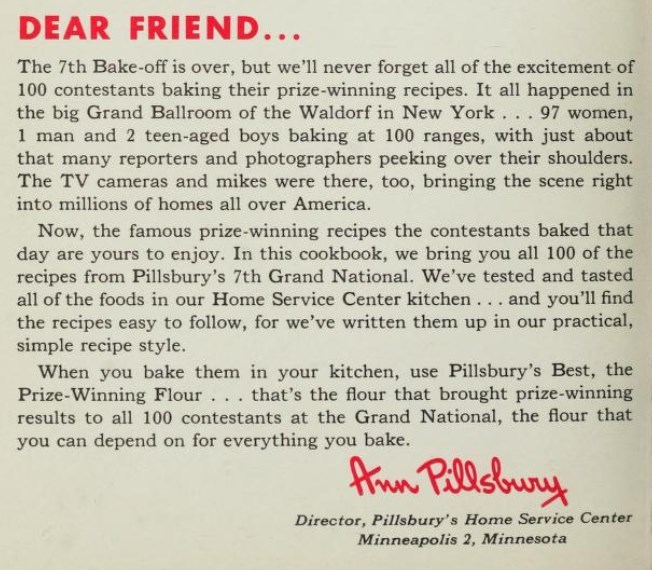 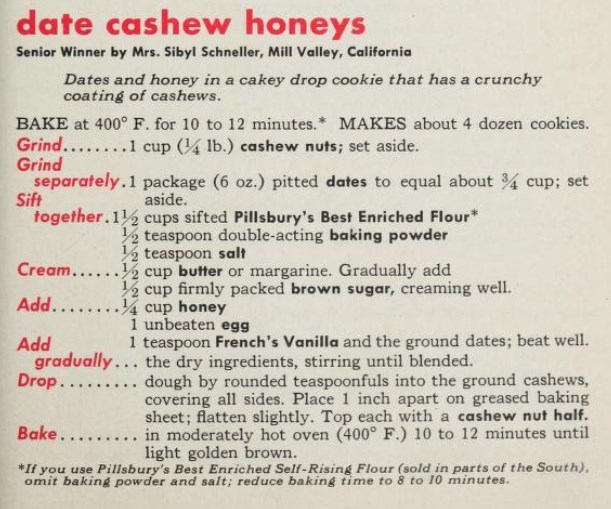 OpenLibrary.org has a copy of Pillsbury’s 7th Grand National Cookbook. If you sign up with OpenLibrary.org (free), you can download and read the entire cookbook.

4 Comments on “Sibyl Competes in the Pillsbury Bake-Off”