How I would have enjoyed a personal letter from my great-grandmother when I was your age, or any age! As I write, I visualize an audience in its teens, but I cannot dwell too much on possible readers, for I am incapable of imagining what the adolescent of fifty or sixty years hence will be like. We often hear that human nature doesn’t change much, but it is just as true that conditions change greatly, and human nature is so adaptable, and our knowledge of its resources so limited, that it is capable of surprising the theorists.

I might as well begin with a description of our house and household as it appears on this Sunday morning, January 18th, 1931. We live in Saratoga, a village in the foothills ten miles west of San Jose, California.

[According to a 1932 City Directory, they resided on Oak St, near 2nd. This map shows the approximate location. The house number references the house at that location now; it is not the house they lived in.]

We have about an acre of ground, with seven large oak trees, and the garden consists largely of wild, or half-wild plants and shrubs of the sorts which thrive on neglect, the result of careless selection. However, it looks very pleasant to the informal eye. Just now, of course, there are few flowers, though the red berries, cotoniaster and toyon, are still fairly good. 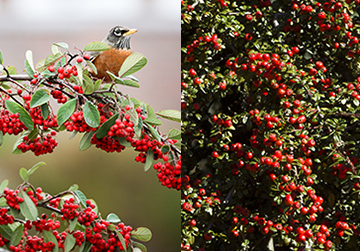 I managed to glean a bouquet of purple sage, heather, and a few sprays of broom. It stands on the little wicker table, in a green vase, one of a pair your great-grandfather brought me from one of his trips. The table cover also is a gift. In fact, most of our furniture is either gift or home-made or second-hand. This is not altogether because of poverty, for our income is well above the average, but your g.g.father and I married quite young, “on a shoestring”, as the slang phrase goes, (Look it up if you no longer use that expression.) and we had five babies in nine years so, though the shoestring stretched, it never quite laced up.

The house is two stories high, and, as it almost certainly will not be standing in your day, for we suspect that termites are already chewing away at the foundations, I will describe it inside, and maybe add a photograph or two later to show you how things looked. The living-room is 16 x 25, with three narrow windows in the south end, and three large ones at the front door on the west side. The porch goes half-way around it, and in the summer a grape-vine climbs over the south windows. The room is finished in a redwood wainscoting, just about as high as my head, which is five feet six inches, and above that the walls are covered with tan burlap. The ceiling has ten redwood beams across it, with the burlap in between. Redwood is beautiful, but so soft that every bump leaves a trace, which make our walls perhaps more attractive to the historian that to the aesthete.

In fact, shabbiness-informality-comfort is the keynote of the whole establishment, so when Barbara and I went shopping for a lounge and an easy chair the other day we had to hunt quite a while before we found anything that would harmonize with our peculiar conditions. I had determined that I couldn’t spend more than a hundred dollars on the things, but everything we saw at that price, second-hand, of course, was much too ornate and superior looking. I didn’t want furniture of which I must stand in awe. Finally we found just what we wanted, a soft, comfortable Chesterfield and easy chair, in a mellow, faded, seal-brown, which settled down into our room with a sign of contentment and made itself immediately at home. And I don’t want you to take this as a sample of what furniture cost in our day, but the price was only twenty-five dollars. I don’t claim to have gypped a second-hand dealer — I’m only human — but I do think I got a good bargain.

Our fireplace, of shabby brick, with a brick mantel, stands opposite the west windows. We burn wood, and this fireplace does all the heating for the house, except for an electric oven in the kitchen, and a small portable heater. There is a smaller fireplace on the other side of the same chimney, in the bedroom, but that is chiefly used for burning trash, or for a luxurious lying in bed with the windows all open to watch the firelight flicker on the walls. Our heating arrangements, again, are not typical. Most of our friends have furnaces, and I think the main reason we haven’t is my lack of enthusiasm. Same with radios. Billy (who will be your grandfather or great-uncle William) usually has some sort of radio assembled out of his collection of parts, and if there is anything on that we especially want to hear we all sprawl on his bed to listen to it. The Gilmore circus is rather a favorite. Billy likes jazz, being sixteen and in High School. What do you use for jazz, I wonder? Never mind answering.

3 Comments on “Letter to My Great-Grandchildren (part 1)”