When I started to write, it was Sunday morning and the family was mostly asleep. Hilda, aged ten, was writing a poem on the typewriter. Grace, your blind g.g.aunt, was making coffee and toast for everyone’s breakfast while she got ready for church, where she and Hilda were to represent the family.

It is now Sunday afternoon, and the rest of them have sort of drifted downstairs, like falling autumn leaves, more or less. First Billy and a new friend, one of the college boys who is spending the week-end with us; then Dennet, my nephew, just now making our house headquarters; then Barbara, and Charles Chandler, who, if present plans mature, will probably be an ancestor of yours; and finally Ned, separated from his bed by strategy, after violence had failed. And now I must get dinner because everybody is through with breakfast.

Sunday dinner is likely to be simple as to menu, for the housekeeper has week-ends off and I do the cooking. We had patties today, of a sort we are extremely unlikely to have again, though they were very good, because of the unusual concatenation of leftovers required to produce them, noodles, dried toast crumbs, and mushroom gravy, the patties fried in bacon fat. Also we had creamed cabbage and a “floating island” made with a dozen eggs and six cups of milk. There is a little of that left because there were only eight of us here to dinner. Barbara worked at the boarding house next door, which she occasionally does on Sunday when they need extra help, for she always needs extra money. No matter how clever a girl may be, she says modestly, in making five dollars worth of material into a fifty dollar dress, it is still necessary to buy shoes and stockings. To be sure, many girls do go without stockings, but the public aesthetic sense is still impurely trained to appreciate the beauty of hairy, porey, female legs.

Dresses have been very short for several years, even above the knees for middle-aged women, but during the past year they have crept down to the middle calf. Once every two years or so one sees a newspaper headline to the effect that hoop skirts are predicted. The textile manufacturers have succeeded in putting over a drastic change in the skimpy styles, but I strongly doubt if women, in the mass, will ever again totally sacrifice beauty and comfort to style — well, beauty perhaps, but not comfort. 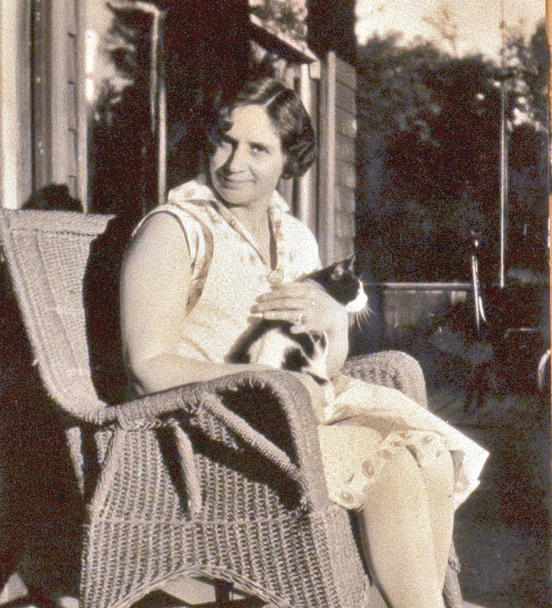 2 Comments on “Letter to My Great-Grandchildren (part 3)”